Two months ago, we began a series examining competitive Congressional districts and why exactly they are competitive. The political environment since we wrote these articles. Over 90 million voters have voted early and Election Day is a few days away. Some fundamentals have shifted with time, but the districts remain competitive. 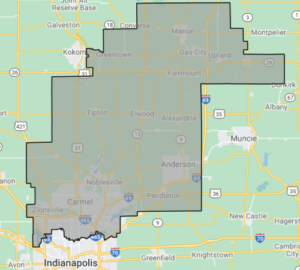 IN-05 is still a tossup district according to us at DDHQ, Cook Political, and Sabato’s Crystal Ball only pushed it to Leans D today. Former Democratic State Representative Christana Hale and Republican State Senator Victoria Spartz remain locked in a tight battle for Indianapolis’s northern suburbs. Hale has earned the endorsements of current Republican State Superintendent of Public Instruction Jennifer McCormick and retired Republican Suellen Reed, who held the office from 1993 to 2009. Hale also earned the endorsement of the Anderson Herald Bulletin on Thursday. Spartz has walked a tightrope between her Tea Party loyalty and a moderate suburban electorate, as she explained in an interview with Elections Daily last week.

Hale collected $2.1 million since June for a total of $3.5 million raised over the campaign, whereas Spartz has raised only $2.6 million, $1.2 million of that from personal loans. Each candidate has received over $5 million in outside support from partisan PACs. When it comes to late spending, the Democratic House Majority PAC announced an additional $1.2 million in spending for Hale this Thursday, on top of last Thursday’s $732K. The GOP’s Congressional Leadership Fund invested $520K this Thursday and $367K last Friday, and the NRCC allocated $290K on both this Tuesday and last Wednesday for IN-05. Both candidates and their allied PACs spent a combined $11.9 million on TV ads alone. There have been no district polls released since our piece went live in September, but two statewide polls were released in October. A SurveyUSA poll found Trump leading by a 7% margin, and Ragnar Research found Trump leading 49% to 42%. Democrat Joe Donnelly carried IN-05 in 2018 while losing his race for the US Senate by a 6% margin. A similarly close margin in the race for President helps down-ballot Democrats like Hale. IA-02 was a Republican target district two months ago, but, now former Democratic State Senator Rita Hart has the advantage over Republican State Senator Mariannette Miller-Meeks. DDHQ considers IA-2 to be a Likely Democratic district, Sabato a Leans Democratic district, and Cook a Toss Up. Iowa’s position as a national battleground offers a surplus of data that points towards the Democrats in IA-02. First, the Democratic presidential and senatorial positions have improved in Iowa. Iowa is a Toss Up for national Democrats, and IA-02 was the most Democratic of Iowa’s Districts in 2018. Monmouth’s final Iowa poll reflects this polarization: Biden leads the Presidential race 50% to 47%, Greenfield leads the Senate race 49% to 47%, and Democratic Congressional Candidates lead in IA-01, IA-02, and IA-03. The poll found Hart leading by a 6% margin, or 49% to 43%.

Then there is fundraising. Miller-Meeks had a poor third-quarter, and Hart outraised her with $3.6 million to Miller-Meeks’s $1.5 million. Both Democratic and Republican PACs have spent over $7 million in IA-02; $7.1 million from the NRCC and Congressional Leadership Fund, and $6.6 million from the DCCC and the House Majority PAC alone. $682K of the House Majorities PAC’s buy was announced this Thursday, and $828K was invested last Thursday. $397K of the NRCC’s was announced this Tuesday, $371K came from their buy on Wednesday the 21st, and $840K came from the CLF’s buys this Thursday and last Friday. While still rated a Toss Up district, private polls suggest Democratic nominee Hiral Tipirneni has the advantage over scandal-weakened incumbent David Schweikert. Dave Wasserman of Cook Political argues that the pool of private congressional district polls he has access to point towards a Biden lead consistent with national polling, but this lead is more pronounced in suburban seats when compared against competitive rural districts. Wasserman specifically cites AZ-06 as an example of this phenomenon. The Democratic PPP firm and the STEM advocacy 314 PAC released one of these polls this week. It finds Tipirneni leading 45% to 41%, and Biden leading President Trump by 49% to 48%.

We previously noted that one reason why AZ-06 was competitive was because Tipirneni had large leads in both fundraising and spending. This remains true, but the Republican leadership is now spending money to save Schweikart. That said, Democratic groups outspend Republican groups by $5 million to $3 million. $535K comes from the Democratic House Majority PACs Thursday investment. Both parties are working overtime in CA-25, even if Democrat Christy Smith is favored when compared against Republican Incumbent Mike Garcia. Registered Democratic voters presently have the advantage in the pool of over 180K counted votes. That pool is younger, more diverse, and now larger than the Special Election electorate. The GOP though placed unofficial ballot drop boxes in Republican parts of the district, to ensure every possible vote gets cast. Democratic PACs invested $10.5 million to flip the seat, and Republicans spent $11 million to hold what the seat they won in May. CA-25 has become a dumping ground for late PAC surpluses: $749K from the Republican Congressional Leadership Fund this Thursday and $731K last Friday, $1.2 million from the NRCC this Tuesday and $864K from last Wednesday, $1.96 million from the Democratic House Majority Pac this Thursday and $793K last Thursday, and $209K from the DCCC this Tuesday. CA-25 is now the second most-expensive Congressional district in the county.