In June the political world was shocked by the victory of novice candidate Alexandria Ocasio-Cortez over long term incumbent Joe Crowley in the Democratic Primary for New York’s 14th Congressional District.

History could be set to repeat itself as another senior Democrat is set to face a serious challenge from a younger generation of politician. Unlike Crowley, incumbent Democratic Representative Mike Capuano (MA-7) sees the threat coming but unlike Ocasio-Cortez his challenger isn’t making her first run for elective office.

Capuano was first elected to Congress in 1998 to the seat once held by John F. Kennedy and Tip O’Neil. The district is one of the safest for Democrats in the nation and the winner of the primary will face no opposition in the general election. 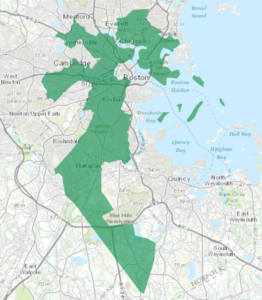 Capuano hasn’t faced a competitive election since winning the Democratic primary for his first term.

That’s likely about to change, thanks to a challenge from Ayanna Pressley. Unlike Ocasio-Cortez, Pressley currently holds elective office, she’s the first woman of color to serve on the Boston City Council and would be the first to represent the Commonwealth in Congress. Also unlike Ocasio-Cortez, Pressley has raised a significant sum of money for her campaign…$898,000.

Capuano is endorsed by Congressman Joe Kennedy (for whom Pressley once interned) and the Congressional Black Caucus’ PAC (Pressley is African American).

In a district as Democratic leaning as MA-7, there aren’t going to be too many differences in policy. Much of the debate has focused on Pressley’s call for new and more diverse leadership.

“This is the most diverse district, and it is the most unequal,” said Pressley. “And I want to do something about it.”

“I’m running because these times require, and this district deserves, bold, visionary, activist leadership,” said Pressley, who spoke to voters outside the Park Street MBTA station.

Capuano’s argument is that his experience will best enable him to deliver on their shared goals.

“I don’t have an argument for difference (with Pressley). That’s not my argument,” Capuano told The Hill on Tuesday during a community barbecue, nestled in the courtyard of one of the city’s affordable housing developments.

A recent poll shows Capuano with a 13 point lead, so this may be a case of the political world overreacting to missing the NY-14 story. But that same attention may in itself create more local interest and change the dynamic of the race.

Either way, we’ll have complete results on Tuesday following the closing of the polls at 8pm eastern.