Republican Senator Lisa Murkowski’s last binary Democrat versus Republican election was in 2004. The 2010 and 2016 Senate elections were multiparty affairs. Murkowski became the second ever senator to win a write-in reelection campaign after losing the GOP primary in 2010. She then defeated the same conservative challenger who ran as a Libertarian in the 2016 campaign. The … END_OF_DOCUMENT_TOKEN_TO_BE_REPLACED 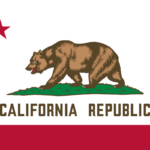 Off-cycle elections are not perfect predictors of a future election. A single data point with lower than average turnout is vulnerable to random and parochial local events. This holds true no matter the country. There were four United Kingdom constituency by-elections – the equivalent of a U.S. Congressional special election – in the past two months. The National Conservative … END_OF_DOCUMENT_TOKEN_TO_BE_REPLACED Israeli voters went to the polls on March 23 for the fourth election in two years, and the electorate once again returned a set of results detrimental to the construction of a majority government. I noted as much in my previous Decision Desk article on the results of the Israeli election. Neither of the two pre-election party alliances commanded a majority in the Knesset … END_OF_DOCUMENT_TOKEN_TO_BE_REPLACED